As part of Component 1 of the project – Baseline Studies and Awareness Raising, the team conducted 4 scoping missions, one in each of the target countries, with the aim of collecting data and information for the Country Studies, building the country ownership, and raising awareness among stakeholders on the upcoming call for proposal for pilot projects.

The scoping missions took place in Kenya (16th – 20th September 2019), Ghana (23rd – 27th September 2019), South Africa (4th – 8th November 2019) and in Nigeria (18th -22th 2019).
A kick-off meeting with all key public stakeholders was organized on the first day of each scoping mission in each of the four countries. These public stakeholder consultative meetings were held with the objective of creating country’s ownership and buy-in for effective and efficient implementation of the project in the target country. In these meeting, various national public authorities and private sector actors were engaged, with a focus on discussing key barriers that hinder the greening of private clean energy generation installations including factors that limit economic activity and country development. 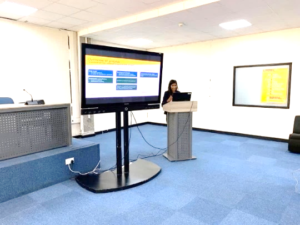 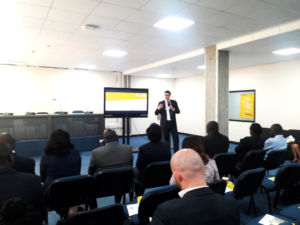 The team attended the IKI interface workshop in Pretoria on 7-8 November 2019. The networking workshop gathered the managers of other IKI-funded projects in South Africa, as well as GIZ, the German Federal Ministry of Environment (BMU) and German Embassy representatives. During the workshop the team had the opportunity to present the Clean Captive Installations project to all participants.

During the remaining scoping missions, in each country the team managed to meet with a very large number of relevant stakeholders; from all horizons, public and private sector, end-users, developers, financing institutions, and trade associations, meeting a total of 143 entities over the course of the four scoping missions. 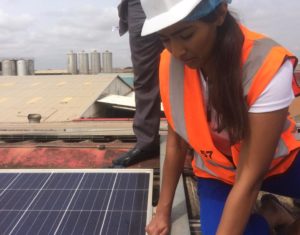 Presentations and meeting reports are available on the website.